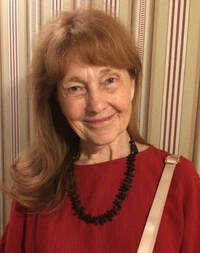 I grew up in an Air Force family, living all over the world, which gave me a lifelong interest in travel.  After leaving home, I decided to attend the University of Oklahoma, majoring in French and Russian.  However, instead of following a linguistics career upon graduation, I decided to pursue a teaching direction and earned a Masters degree in elementary school education from George Washington University while living in Arlington, Virginia.  Eventually, my teaching took me  to Charlottesville, where I continued teaching both fifth grade and kindergarten at Murray Elementary for several more years.  At that point, I became interested in counseling and made a shift to studying Counselor Education at the University of Virginia’s Curry School, earning three counseling degrees there – M.Ed, Ed.S and Ph.D.

I then enjoyed 25 years in private practice and specialized in the treatment of eating disorders, during which time I married Bill Baskerville.  I retired in 2002 to pursue a career in art and decided to return to school at Piedmont Virginia Community College. Painting in oils became my new passion, giving way to joining two art cooperatives, leading both a plein air and a life drawing group, and regularly painting with individual artists and friends.  Living in a small college town has allowed me the pleasure of exhibiting and selling my works in various local venues, as well as taking classes from favorite artists.